Following the successful launch of the European Data Relay System (EDRS-C) spacecraft on 6 August 2019, the first radiation environment data from the onboard Next Generation Radiation Monitor (NGRM) instrument have been received. The NGRM was conceived as a follow-on to the highly successful ESA Standard Radiation Environment Monitor (SREM), which has been flown on a number of ESA missions since 2000.

The passages through the Earth’s inner proton radiation belts show up in these data as the periodical spikes in the first four days of the EDRS-C transfer trajectory towards the geostationary orbit (GEO). Once in GEO, the lack of protons at are also measured as expected for that environment, and demonstrate a lack of electron contamination in the NGRM proton sensor configuration.

Similarly for the NGRM electron channels, the radiation belt passages at the start of the mission show up, and the electron diurnal variation at GEO is seen as expected. Some proton contamination is visible during the proton belt passages, but this expected.

Following these first radiation data from the NGRM, the upcoming data analysis efforts will focus on calibration of the raw radiation counts into environmental proton and electron fluxes and spectra, ultimately to be used for validating and improving the existing space radiation environment models.

Beyond this first flight of the NGRM on EDRS-C, follow-on units are planned to be flown on a number of spacecraft as part of the MetOp-SG, MTG and Sentinel-6 programmes. 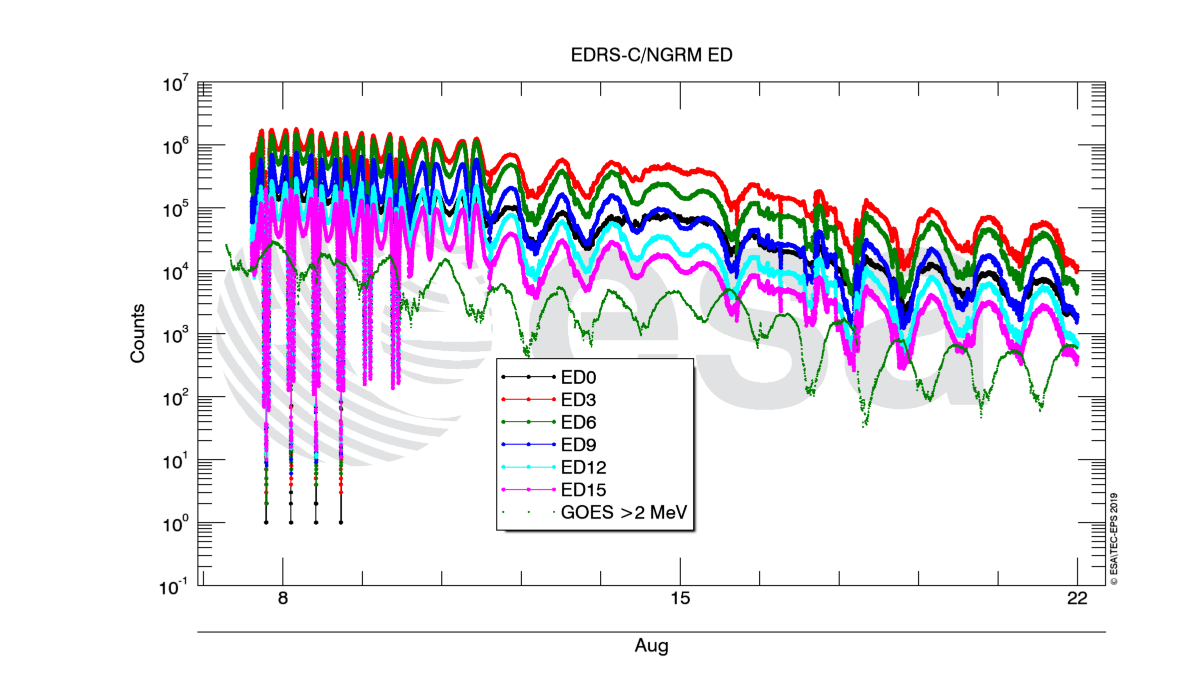 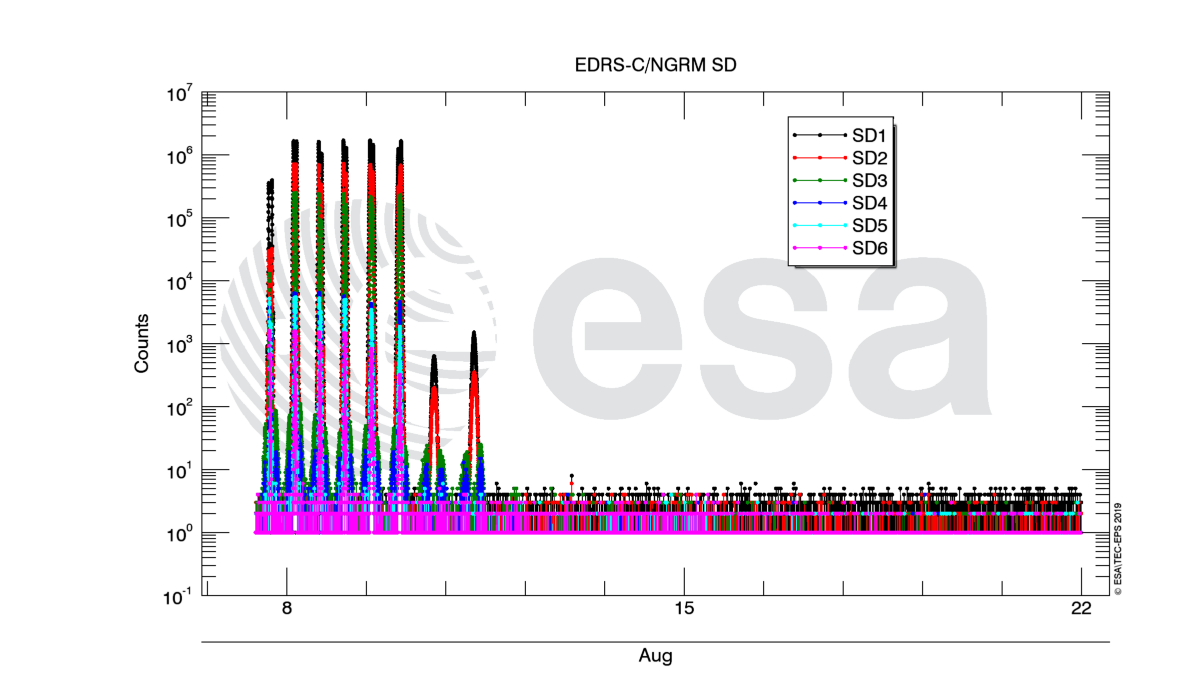