The most significant activity of solar cycle 24 occurred in September 2017. The resulting radiation storm was detected on multiple ESA spacecraft. This article gives a brief overview of the activity.

The largest solar X-ray flare seen in 12 years, class X9.3, took place on at 12:24 UTC on 6th September 2017. This eruption was accompanied by a fast expulsion of coronal plasma known as a Coronal Mass Ejection (CME) and an associated interplanetary shock accelerating particles resulting in an enhancement of radiation seen near the Earth known as a Solar Particle Event (SPE).

This was followed by another huge X8.2 flare which took place at 16:06 UTC on Sunday 10th September 2017 with another very fast CME this time resulting in a stronger high-energy SPE. These events show that although the Sun is currently approaching the next minimum in its Solar Cycle, significant eruptions may still occur.

These events were observed by various space observatories. The video below shows this period of high activity with the succession of flares as observed by the AIA instrument on-board the NASA Solar Dynamics Observatory (SDO) at three overlaid wavelengths (171, 193 & 304 Angstrom) and the X-ray fluxes observed in the 1-8 Angstrom range by the NOAA GOES satellite.

Energetic protons as detected by the SREM (Standard Radiation Environment Monitor) instrument on Integral and Proba-1 spacecraft, respectively, are shown below, together with the X-ray emission graph from the event as seen by the US NOAA spacecraft. Comparison of SREM data to the GOES energetic proton measurements is also included with interpolation to the same energy ranges, showing a good agreement between the different instruments. These data were extracted using the TEC-EPS Open Data Interface (ODI) and are available to the public via that free tool. A set of prototype, ODI-based dynamic plots can be found here. 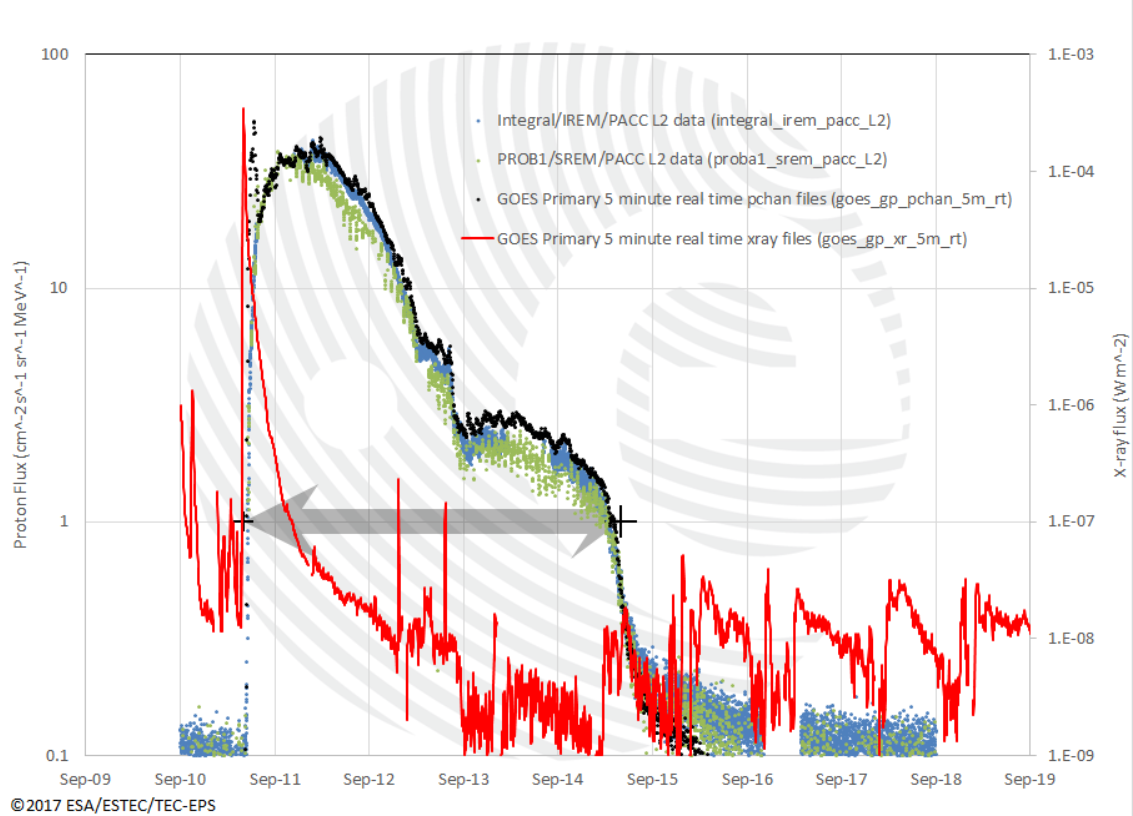 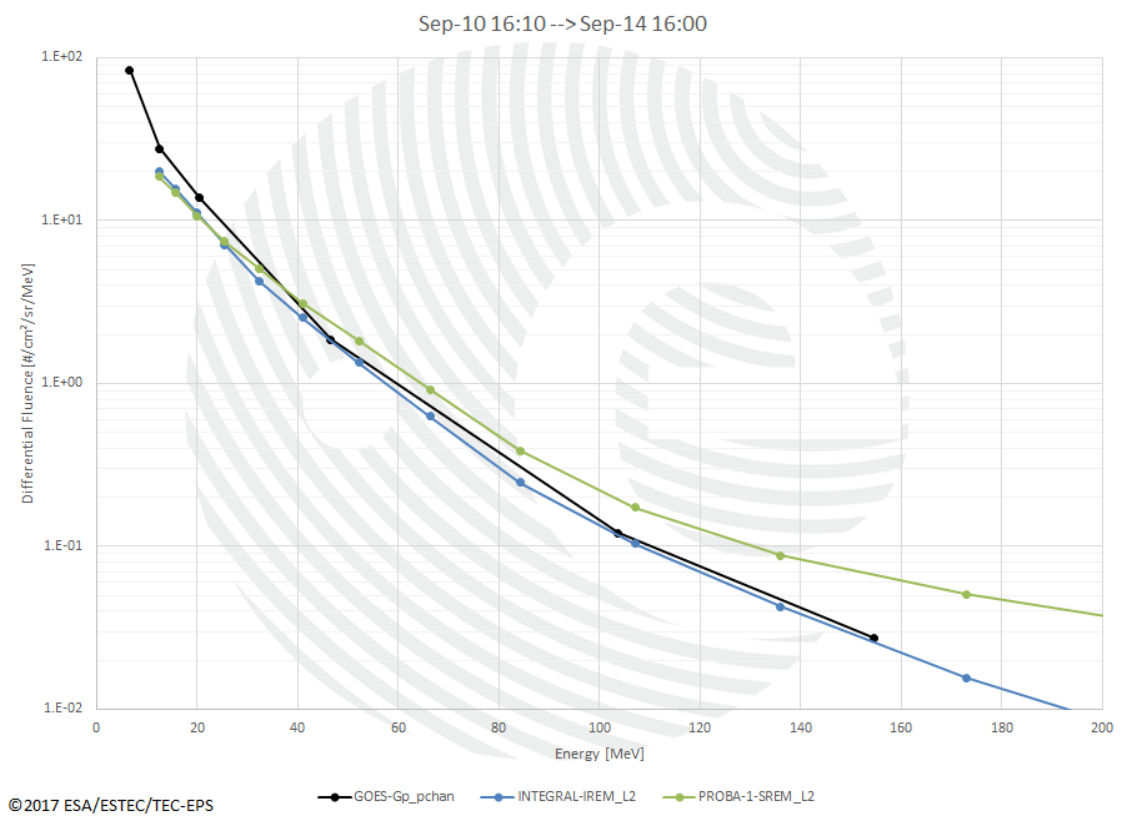